The battery is typically the most expensive part of your electric bike. So, normally, you wish to prevent repairing or replacing it too soon. To expand the life of your lithium-ion ebike battery (which most ebikes have), you must recognize exactly how to effectively charge it. And possibly among your very first questions is whether you should charge it after each ride.

Normally, you do not need to charge an electric bike after every ride. Nevertheless, if the battery capacity falls below 40% then you must charge it to around 80% -85%. Or if you are intending a long-distance trip the following day, then you should charge it to a complete 100% after your ride.

That's a short answer to what appears to be a basic concern. However, there truly is a lot more to think about when charging your ebike battery if you intend to expand its life expectancy and also stay clear of buying a pricey brand-new one.

Why Should I Not Charge My eBike After Every Ride?

Many modern batteries are not designed to be completely exhausted and then totally recharged on a daily basis. It in fact causes the battery life to be shortened, and also you need to change the battery more often.

Therefore, instead of charging your ebike after every ride, it's much better to charge your ebike when necessary.

By doing this, you expand the life cycle of your battery, and also you will save yourself money from your pricey electric costs. Batteries of all kinds are prone to break down when they're overcharged or undercharged.

Some recommend allowing a battery to die before charging it, yet this misbehaves advice. However, charging the battery after every trip puts it into a cycle that decreases its life.

Reenergizing the battery every time you utilize it is harmful if it is still over 50% full and will certainly minimize its helpful life. Ultimately, you'll notice the battery does not hold as much of a charge. Magicycle produces large-capacity batteries. If you are worried that you have to charge a battery frequently, you are strongly recommended to purchase a Magicycle ebike and try it. It really takes time for its battery capacity to run under 50%.

The reason is that you have utilized too many charging cycles, which minimizes the output of the battery over each cycle, and the battery can't hold as much power.

When Should I Charge My Ebike? 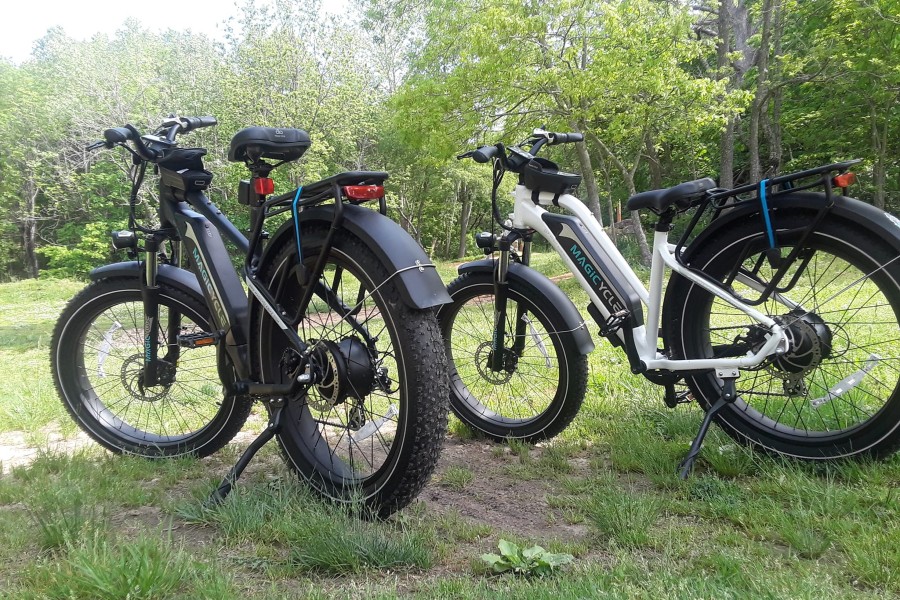 So you're possibly asking yourself precisely when you ought to charge it. You need to charge your battery when:

1. You'll be riding it the very same or the next day

3 It's the evening before a long-distance ride and also you need to charge it to 100%.

4 It's been sitting idle for a few weeks but not longer than one month.

5 It's either on or off the ebike (both are fine as long as the battery remains in a risk-free area).

How Frequently Should I Charge My Ebike Battery?

Generally, you ought to charge your electric bike battery regularly. A lot of ebike batteries are lithium-ion and require normal charging, even though you don't have to charge them after every ride.

If you've ever before left a car and truck kicking back for weeks without driving it, you recognize that it may not function again without jump-starting the battery. This resembles an electric bike, although it has a different type of battery. The concept is that you need to keep it energetic in order to maintain battery life.

How Should I Charge My Battery?

1. Initially, utilize the charger that matches the battery or ebike only!

2. Charge your battery in a space that's between 60º as well as 70º Fahrenheit (F) if possible. Most definitely avoid charging in freezing temperatures (listed below 32º F) or an ambient temperature level above 100º F.

3. Discover a safe place to charge it, where it will not be disturbed by kids, pets, or get anything splashed on it.

4. Shut off the battery (yet you can charge it either on or off your electric bike).

5. Connect the battery charger right into the battery and after that into the wall making sure it's completely inserted at both ends and also you see an indicator light on the charger. This informs you that it is charging so there aren't any type of shocks later.

6. Once it's plugged in, avoid allowing your electric bike battery to overheat by making certain not to cover the battery or battery charger and also keeping it away from wet and/or flammable surface areas.

7. Leave it charging till it reaches 80-90% (if you won't be riding it soon), or up until the light turns green on the battery charger (if you plan on riding it).

8. Unplug the charger and place it in a safe area where it will not be damaged.

Can I Overcharge An Ebike Battery?

It's not recommended to leave an ebike battery charging after it reaches maximum capacity. Batteries that stay connected to chargers for days go into a discharge/recharge cycle. When the battery gets to 100%, it stops charging. The battery capacity begins to run out and when the battery drops to 95%, the battery charger will involve and begin to recharge the battery to 100%.

This cycle will proceed till you unplug the charger. The health of your battery suffers from this type of poor charging cycle. It substantially reduces the life expectancy of the battery and impacts the charging cycle.

If you leave the battery on charge for a week or more without riding your ebike, you consume the charging cycles. In addition, you increase the possibility of the battery overheating as well as breaking. However, with Magicycle fast-charging chargers, it won’t be a problem. Its chargers own in-built cooling systems to prevent themselves from overheating. Also, they are designed to stop charging while the capacity is up to 100%. What makes them more competitive is that they provide a short charging time of only 3-5 hours. 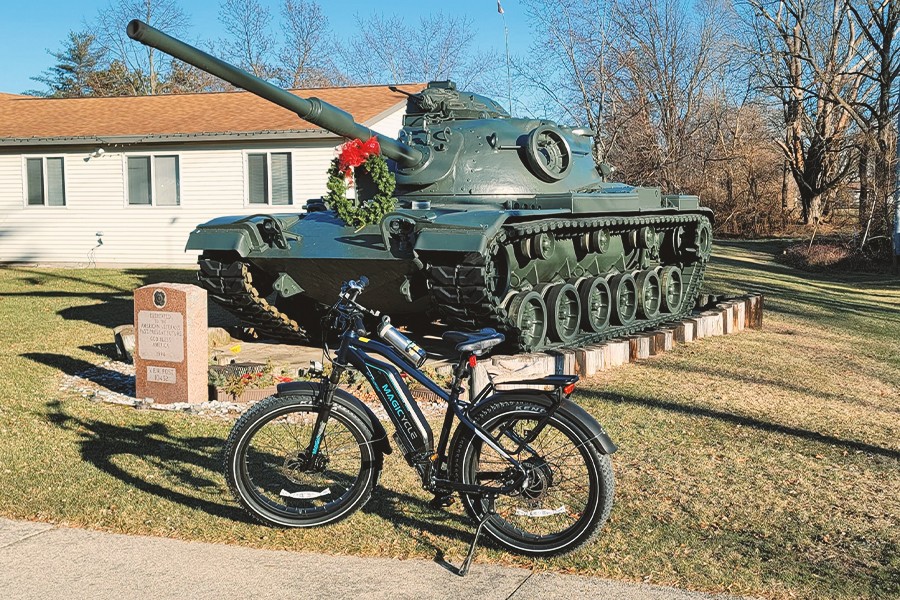 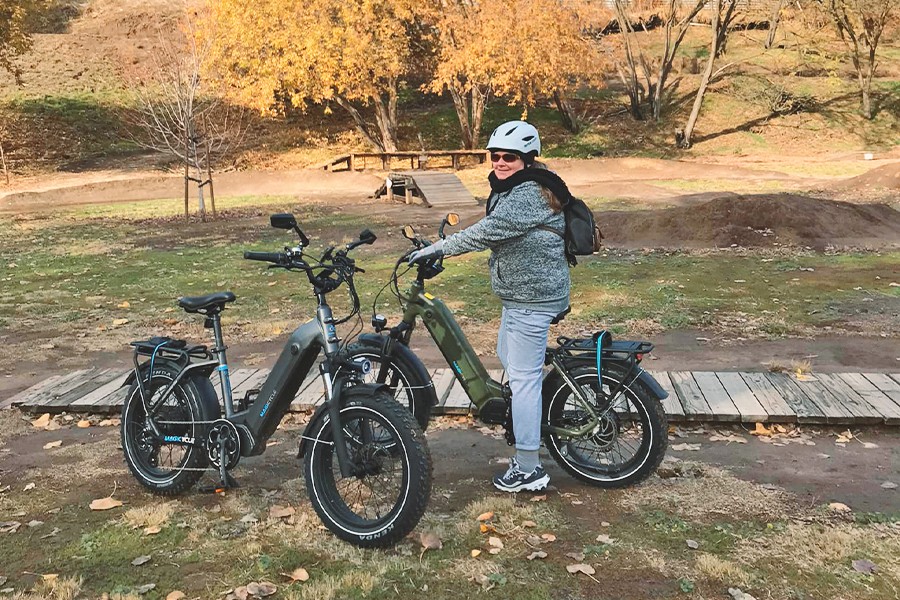 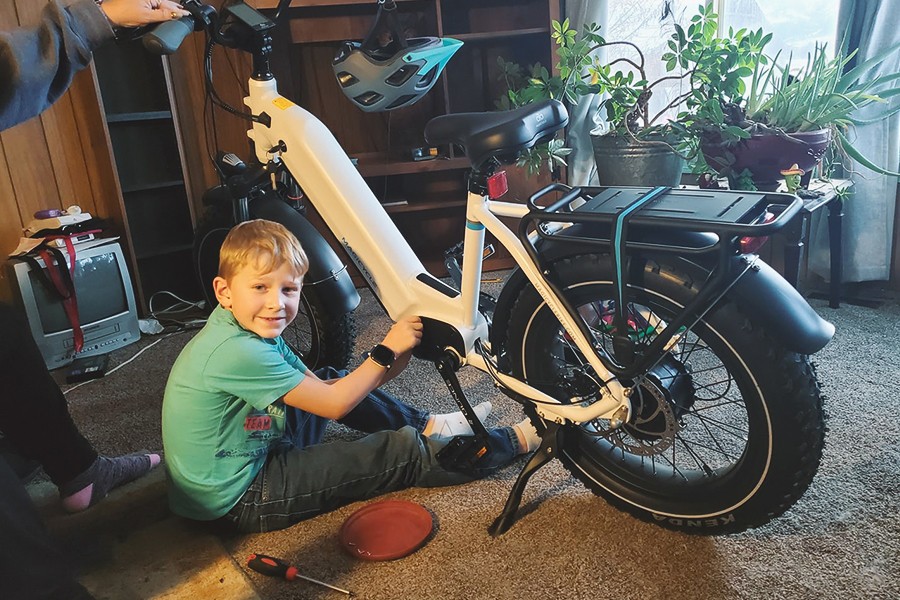 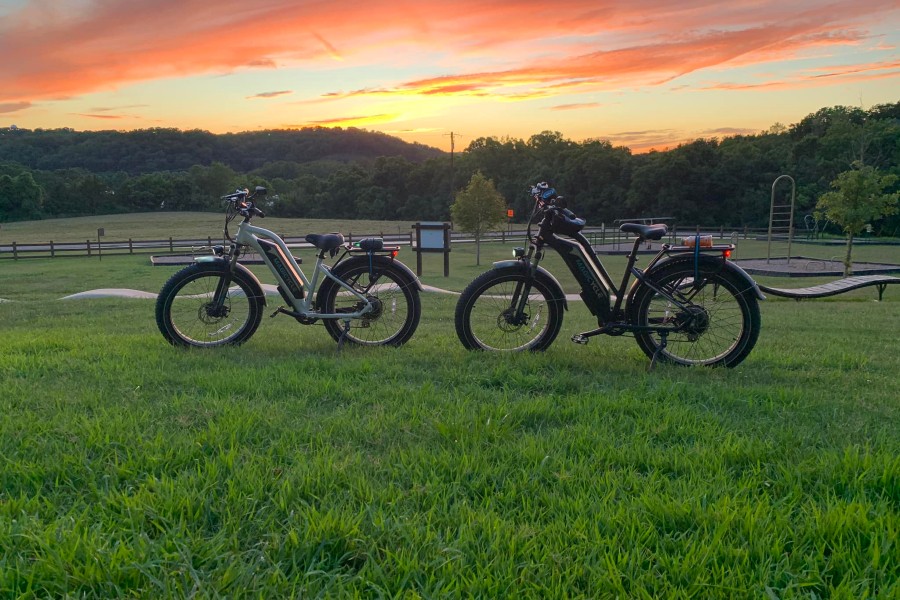 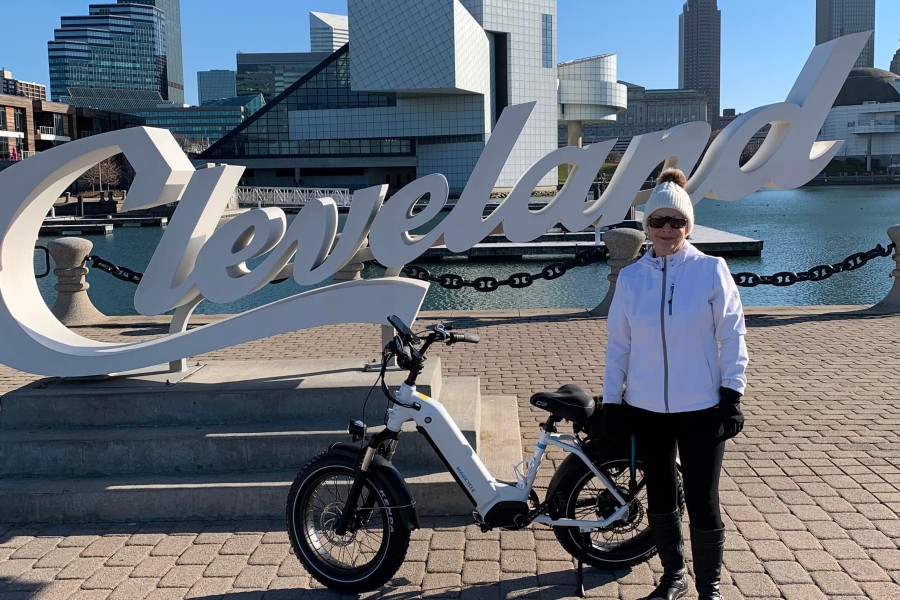 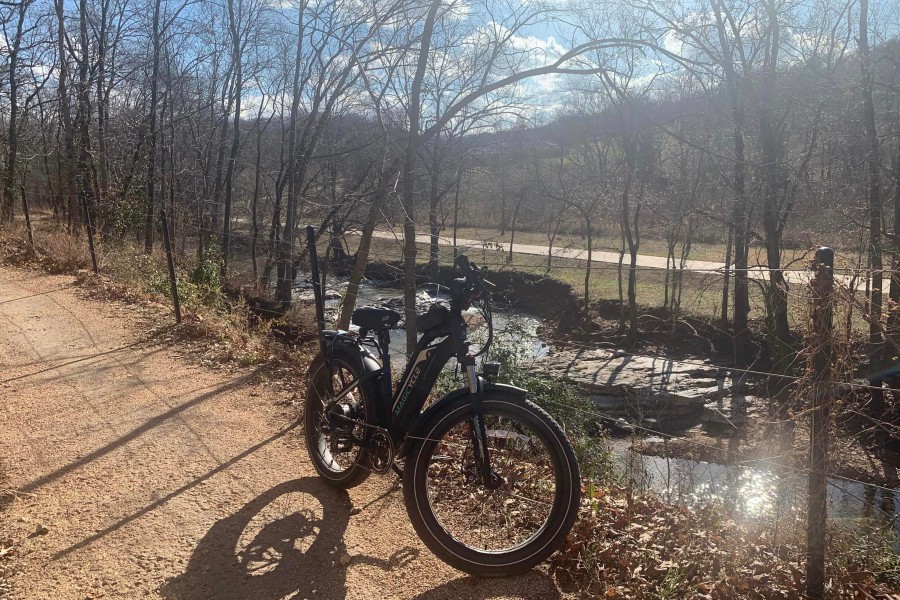