If you are to purchase an ebike and are doing research on which one you should own, you may hear about two kinds of sensors — speed sensor and torque sensor. Different ebikes for sale apply different sensors. As it is an essential component of an ebike, you must understand which one of them fits you and meet your requirements. In this article, we will share with you all the details about both the speed and torque sensors, including their pros and cons and advice for making a choice between them, just stick with us.

What Are Ebike Sensors?

Whether it is torque or speed sensor, both of them are all about PAS(pedal assist system). They send a signal to ebike motors to activate the PAS, but how they determine the output of PAS is different, which can have a huge impact on ebike performance. We will talk about exactly how they work in detail. 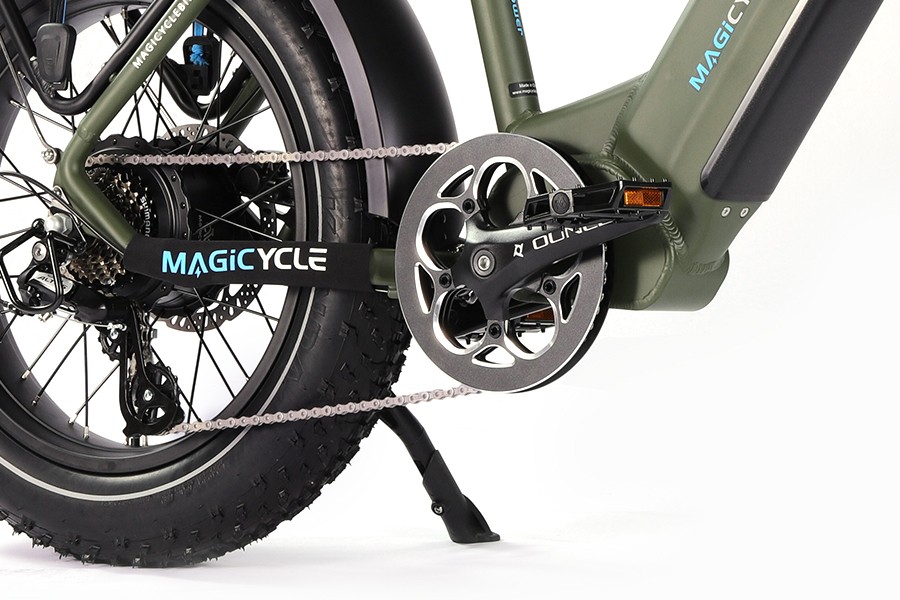 A speed sensor is called a cadence sensor as well. Basically, an electric bike with a speed sensor is a better choice for amateurs as it requires fewer efforts to reach a higher speed. It determines the output of PAS by setting it on the display.

Taking Magicycle Cruiser Pro as an example, it has 7 levels of PAS, and the output of each of them can be set on the display. Once you start to pedal, the speed sensor will send a signal to the motor, making it provide the set power output to the ebike.

A speed sensor could be pretty flexible as it determines the power output of the PAS based on the display settings. However, if you want to gain more comfort with it, it is recommended to shift to a lower gear because it will take fewer efforts to pedal to send the signal.

Compared with a speed sensor, the torque sensor makes use of some kind of pressure gauge to measure how much effort the rider put on the pedals. It allows the ebike motor to provide power output steadily in response to the pressure given to the pedals. The harder the rider pedal, the more power he will get.

An ebike with a torque sensor is much like a traditional bike as it can accelerate or decelerate in accordance with the force exerted on the pedals.

Difference between the speed sensor and torque sensor 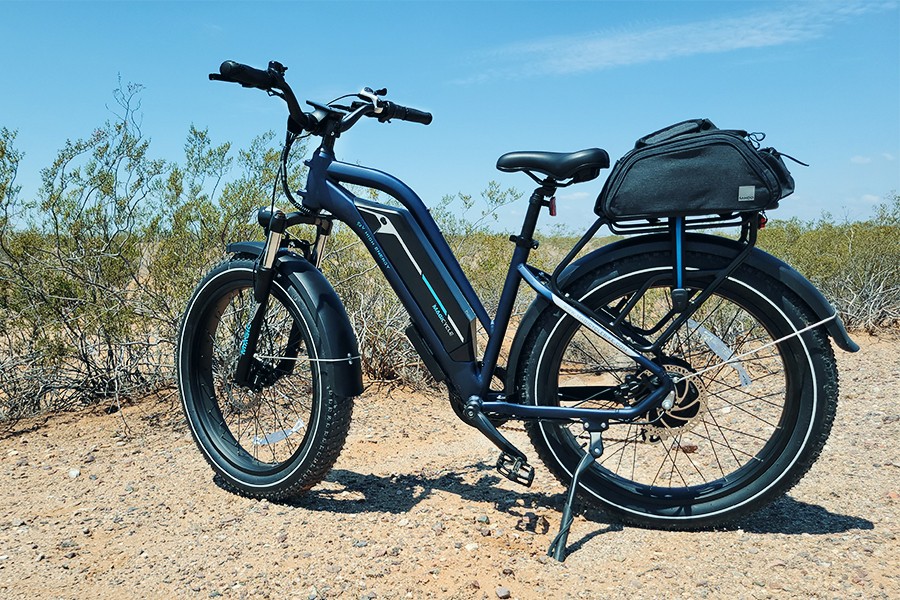 From literal meanings, the speed sensor mainly concentrates on speed while the torque sensor relies on torque force.

Compared with the torque sensor, a speed sensor doesn’t require constant effort. However, once you want to activate the PAS from a speed-sensor ebike, you have to pedal to make the cranks spin 1 to 2.5 turns while an ebike with a torque sensor doesn’t require that, but it will get power output when the torque sensor feels the pressure from the pedals. Most speed sensor electric bikes are manufactured with throttles, so riders can use both pedals and throttles to get started with the PAS.

As I said above, a torque-sensor ebike requires constant effort to activate the PAS, so if you stop pedaling, the PAS will stop as well. For speed-sensor ebikes, the PAS will not stop right at once even though you stop pedaling. It feels like a speed-sensor tells the motor to do all the work for you, and you don’t have to adjust the effort you exert on the pedals, just set the desired level and power output as we do on Magicycle Cruiser Pro. If you are Magicycle ebike owner and are not sure about how to program the display, just check the video link below:

With a torque sensor, you are always putting effort on the pedals even though the ebike reaches the top speed. However, with a speed sensor, once you reach a specific speed and the peak power of the motor, you won’t have to exert force on the pedals as you do at first to start the PAS, but it will lead to “ghost pedaling”, which could be quite frustrating for some ebike riders.

Speed sensor VS torque sensor, which one to choose?

With all the details above, I believe you could have a clear understanding of these two kinds of sensors. When it comes to a choice between them, we couldn’t tell you which one of them is better as they have their own benefits or disadvantages.

As I mentioned above, a torque-sensor requires constant effort, which may be quite inconvenient for the elderly who have problems with their joints. But, as a torque sensor can sense the effort from riders automatically and provide power output in accordance with the given pressure, it requires less battery to cover the same distance as a speed-sensor ebike does. To put it another way, a speed-sensor ebike consumes more battery capacity. Therefore, if you are going to select a speed-sensor ebike, you should pay more attention to the battery capacity. Magicycle Ocelot Pro has a 52V 20Ah large battery, providing a max range of 80 miles. With such a long-range electric bike for adult, you won’t have to worry that the speed sensor will drain out the battery too fast.

For a torque-sensor ebike, as you have to keep putting effort, it needs less battery consumption and its range will be much longer. Moreover, it will make your rides more natural like a traditional bike. If you want to be engaged in more exercise with ebikes, a torque-sensor ebike may be a good option. With a speed-sensor ebike, you don’t have to work that hard. If you need to ride on rugged terrain, electric mountain bikes with speed sensors can be really awesome as well.

Both speed and torque sensors play a significant role in ebike performance and riding experience. All you need to do is consider various factors, and find out which is the most suitable for you.

The best electric mountain bikes are for sale on magicyclebike.com! And limited offers are available right now! Free shipping, you don't want to miss them!

Related Posts:
Best Electric Bikes for College Students - Magicycle Is Always Ready
Ebike Buying Guide 2022: Getting Away from the Pits
7 Reasons for City Commuting with Ebikes in 2022
5 Tips for Riding Electric bikes in the Rain
How to Make a Chainring Upgrade? Here Are 4 Easy Steps

What Are the Pros and Cons to Full Suspension Electric Mountain Bikes? 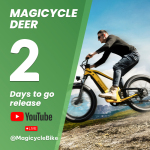 2 Days Left for the Deer Giveaway! Come Check out Your Raffle Number 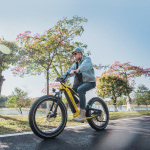 Is front or rear suspension more important for Ebikes?

Which One Is Better: Magicycle Cruiser Pro vs Himiway Cobra Pro Review

Which Type Of Electric Mountain Bike Is Right For You: Hardtail or Softail?