$400 OFF for 2 Cruiser Pro Ebikes
MAGiCYCLE  ON ALL EBIKES

$400 OFF for 2 Cruiser Pro Ebikes
MAGICYCLE

Thousands of fans lined the streets of downtown San Francisco on Monday to catch a glimpse of their Warriors in a parade celebrating the franchise's fourth NBA title in the past eight seasons, this will be the first time the parade it has been held in San Francisco ever since the team moved. back from Oakland in 2019. This is Golden State's seventh championship overall, breaking a tie with the Chicago Bulls for the third-most titles in franchise history.

Below are 5 of the best images from the Warriors' title celebration: 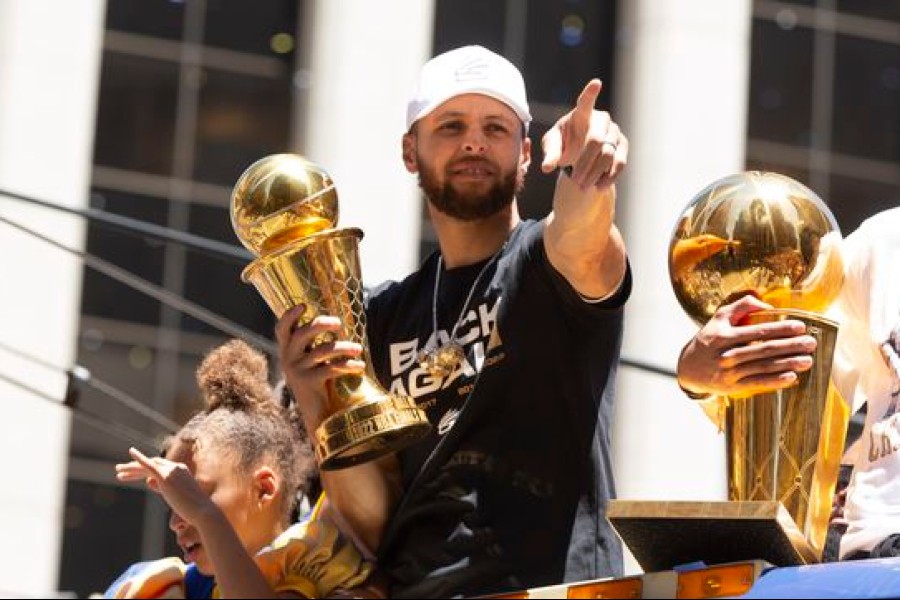 Stephen Curry shows off some championship hardware, during the Warriors victory parade, on Monday, June 20, 2022. 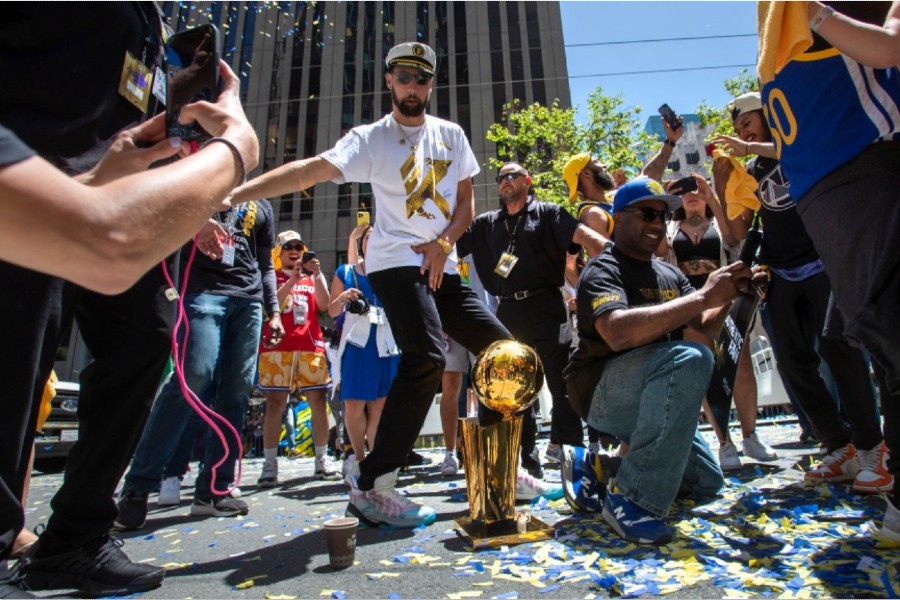 Klay Thompson felt it today like he normally does from the 3-point line. He gave us some Michael Jackson boogie before he went on stage. 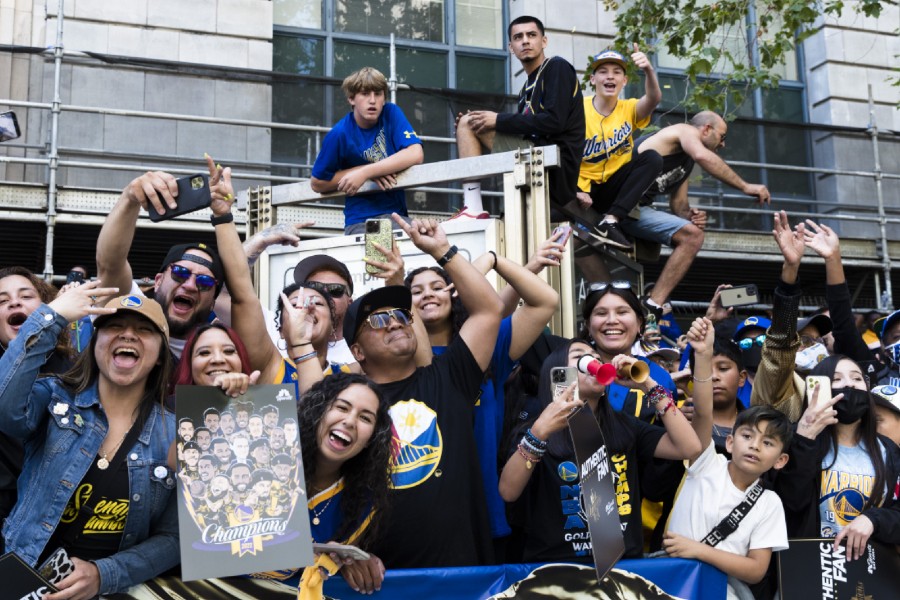 "Dub Nation has no bounds and we have fans from all walks of life.” Klay Thompson shared ahead of the parade, with his words ringing true as a sea of blue and gold flooded Market Street in San Francisco. Dub Nation brought the energy as Warriors chants and cheers reverberated down the streets of The City. 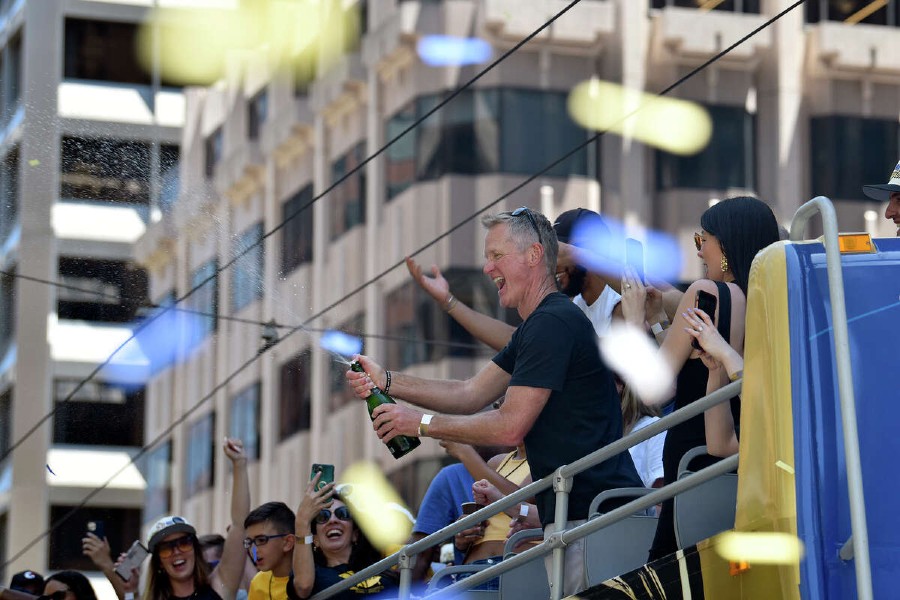 Warriors Head Coach Steve Kerr is a man of his word, fulfilling a promise he made at the start of the 2021-22 season at the championship parade. Kerr vowed that if the Warriors were to win this year’s title, he would attempt the infamous Ted Lasso dance from the hit show. Kerr’s emphasis was on their attempt as the now nine-time NBA champion, collecting five rings as a player and four rings as a coach, who had his own interesting take on the dance. 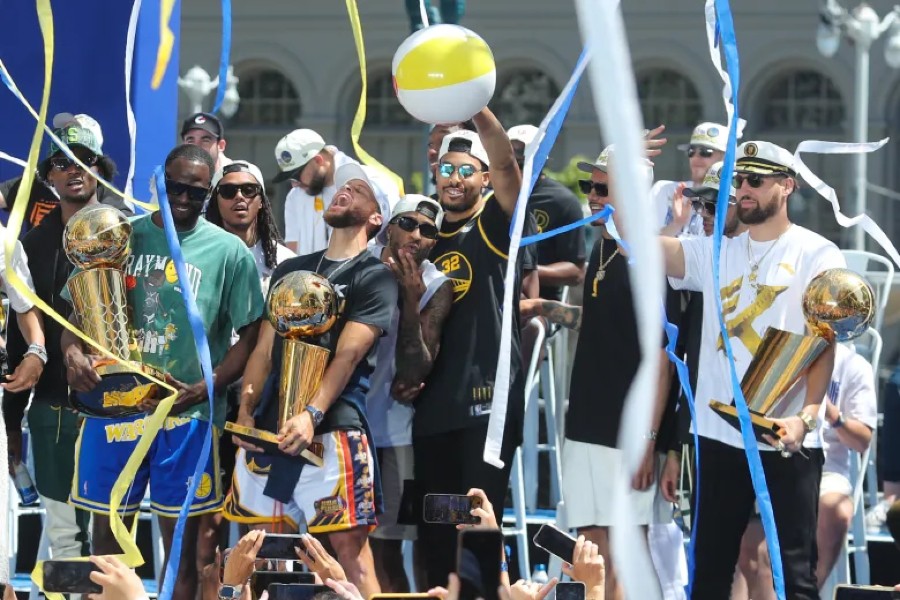 San Francisco is a giant city, an urban cultural mecca that stretches from the coast to the redwood-clad hills. It has a deep and complicated history and culture, its own local slang, absolutely amazing food, and so much to see and do. I will tell you 4 covered long-range ebike routes in detail. 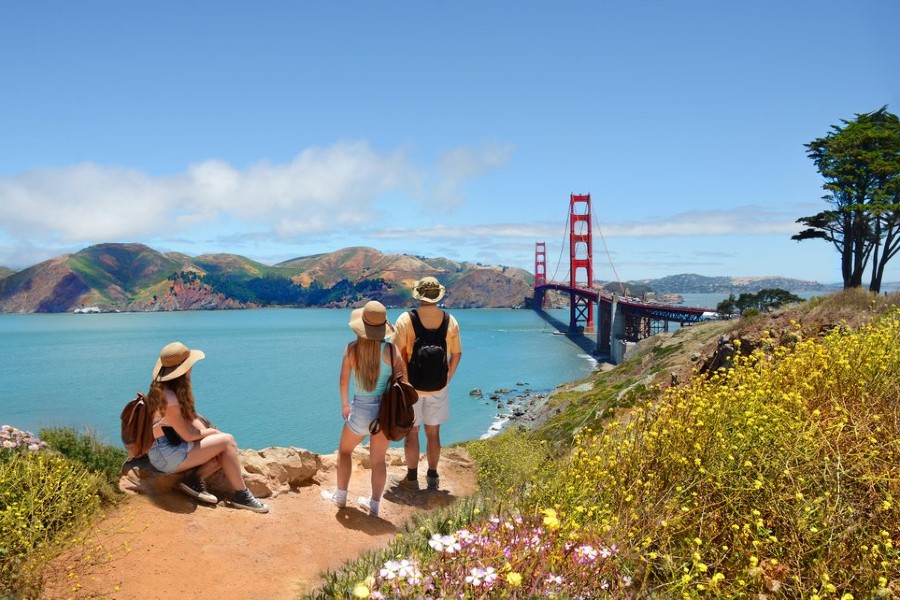 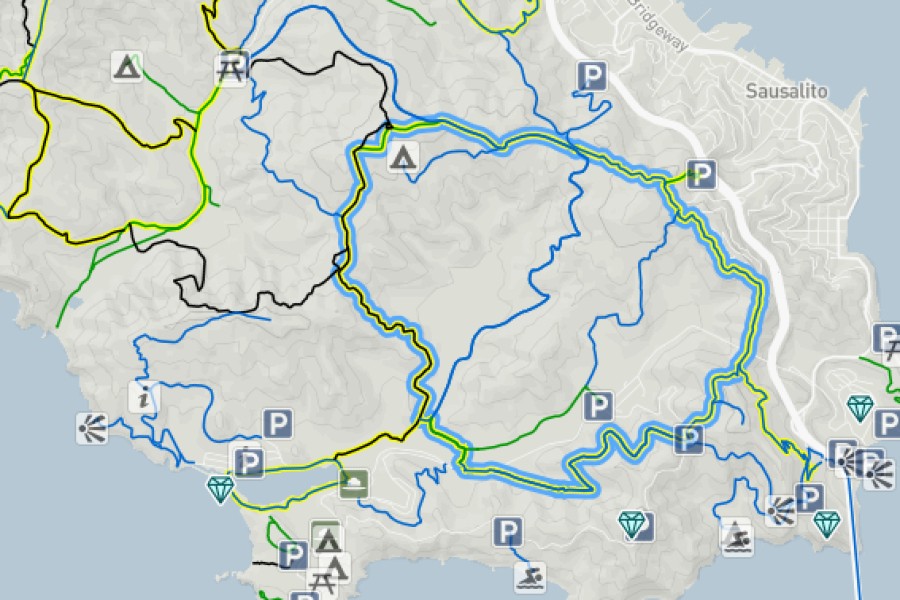 This is where it gets fun: Miwok winds its way up the ridge steeply with little respite. Since you will probably be going very slowly, keep an eye out for hawks, coyotes, bobcats, and other wildlife. Keep right at the junction with the Miwok Trail Connector, which will take you to the Bobcat Trail. Follow the grassy Bobcat Trail to the Alta Trail Connector on your left, and then turn onto Alta Trail to stay on the ridge. 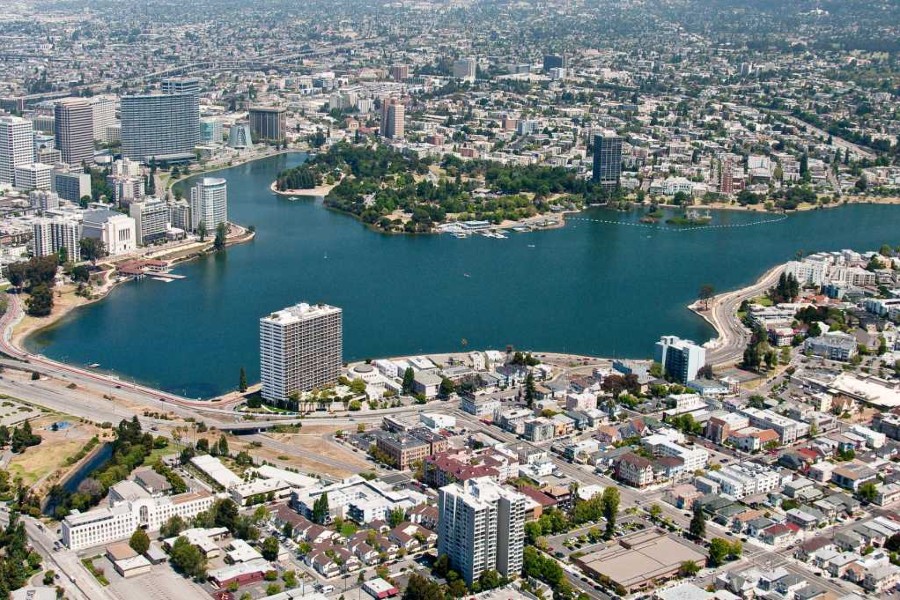 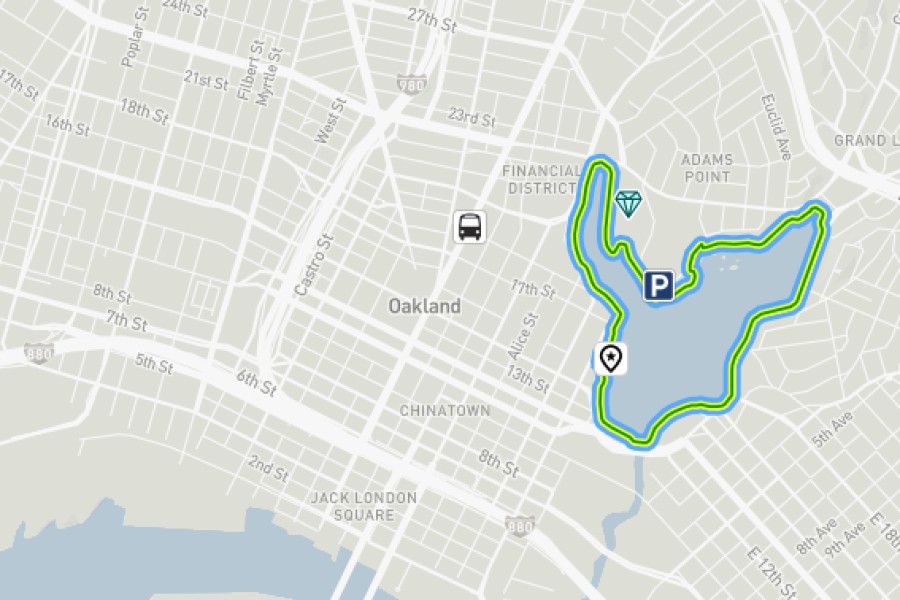 This is a freshwater and saltwater lake, the largest lake located within an urban area, that has a nice flat 3.4-mile trail. Kids love the playground, Children's Fairyland, and the boat rides. Adults love the authentic Venetian gondola rides, bird watching, barbecue, music, gardens, and lake. Starting from the angled parking lot near Lakeside Demonstration Gardens, follow this obvious wide trail around the lake. The trail is flat and there are many wonderful sights to see along the loop around Lakeside Park. Here you will find Bonsai Garden, Community/Edible Garden, Japanese Garden, Mediterranean Garden, Lakeside Palmetum, Rhododendron Garden, Sensory Garden, Succulent Garden, Vireya Garden and Pollinator Garden.

The park is the oldest wildlife refuge in the United States and is a great place to watch birds (egrets, herons, Canada geese, pelicans). 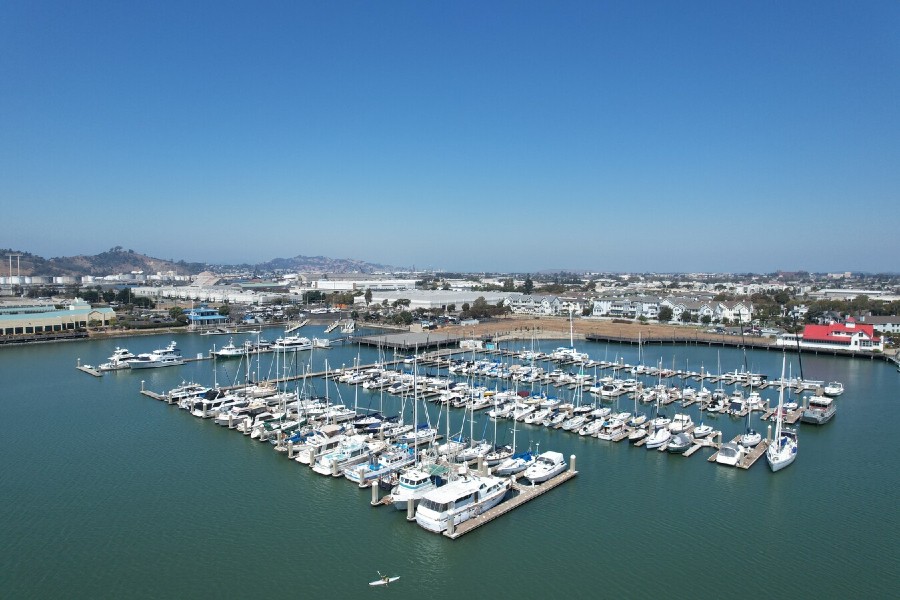 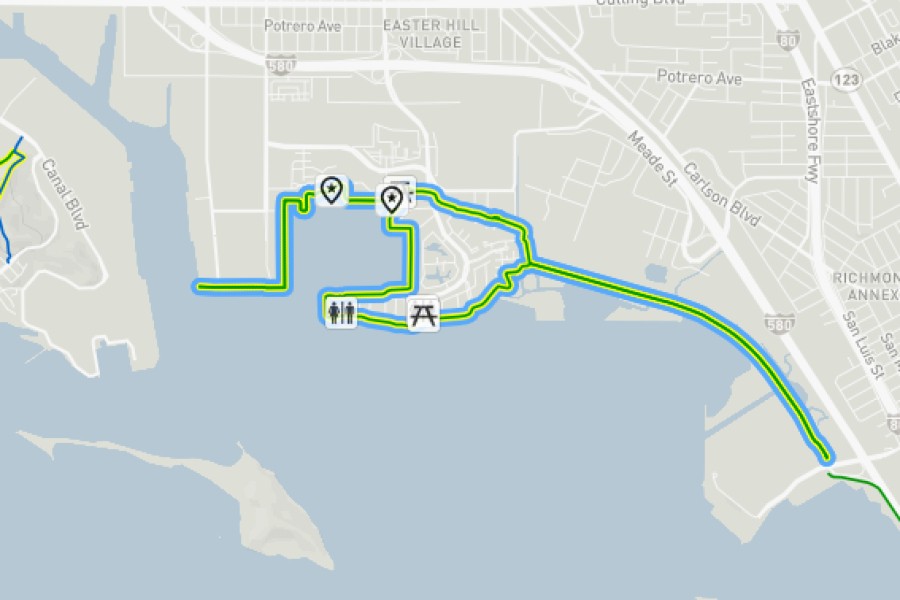 Fun fat tire electric bikes ride with several scenic viewpoints and points of interest to explore along the way. You can get a $1.50 hot dog and soda at Costco after the hike. There are two restaurants halfway through the riding at the Richmond Marina.

Start the walk on Central Ave in Richmond, CA. Head west towards Hoffmans Marsh. The swamp is teeming with shorebirds, ducks, and Canadian geese. The paved path had native flowers in full bloom on both sides.

Turn left onto Meeker Slough to stay close to the bay. We stopped to use the restrooms at Shimada Peace Park. A small group of electric bikers was using the picnic area. The bay was choppy and San Francisco loomed out from behind the fog.

Continue past Barbara and Jay Vincent Park. On the day we visited, people were fishing and children were enjoying the playground. The next stop is the Richmond Marina. The marina has two restaurants and a monument to Rosie the Riveter.

The wind picked up so we hit the trail along Meeker Tidal Creek. The housing complex blocks the wind for about a mile. This trail always has Canadian geese and ducks. Turn left at the fork and go back to the car. This section of the trail is often packed with joggers and bikers.

Route#4- by the end of the article -Golden Gate 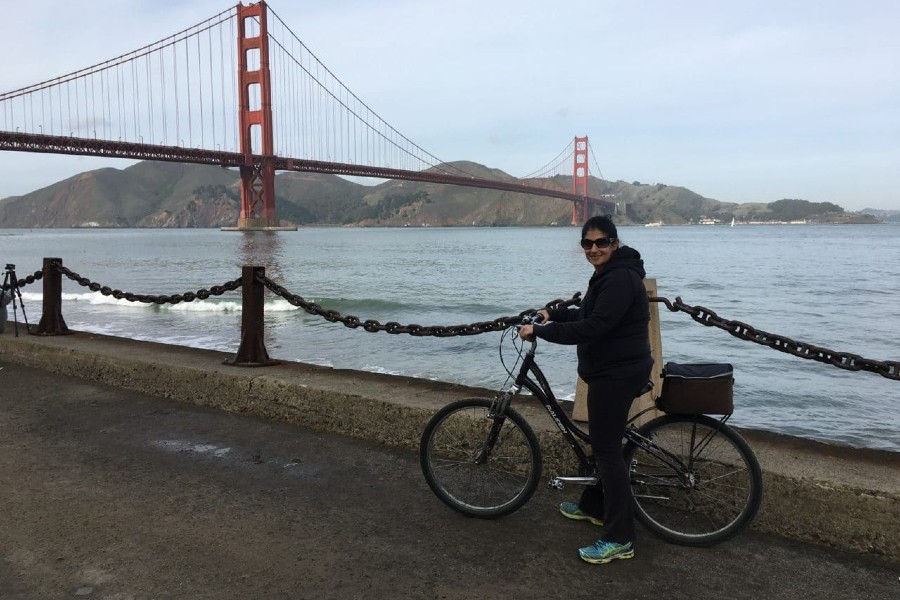 The 1937 construction of the bridge was an incredible accomplishment. For over a decade, various plans and strategies to construct a bridge spanning the water were rejected, mainly due to cost. Joseph Strauss, the architect in charge of the project proposed the suspension design, and advances in metallurgy made his design structurally and financially sound. Still, it took nearly 10 years before construction could begin due to a lack of support and resistance from ferry owners.

By the time the Golden Gate Bridge was completed, the initial design had shifted, and Leon Moisseiff put forth the final suspension scheme visible today. Incredible amounts of input came from many architects, engineers, and designers, with the final product being the iconic bridge that we know today.

Related Posts:
Not Ready for E-bike? Here Is What You Need to Know
What Does 750 Watts Supposed to Mean for E-bikes
Replacing? Or Find Some Ways to Enhance Your Electric Bike Battery Life Cycle?
Best Biking Trails In Jacksonville(1)
The 5 Worth Considering E-bike Trails in Sacramento 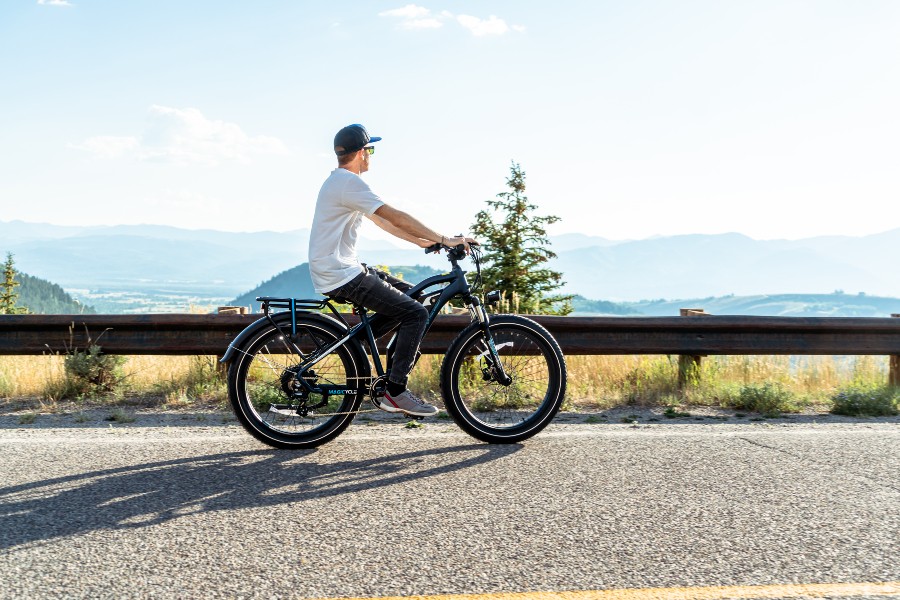 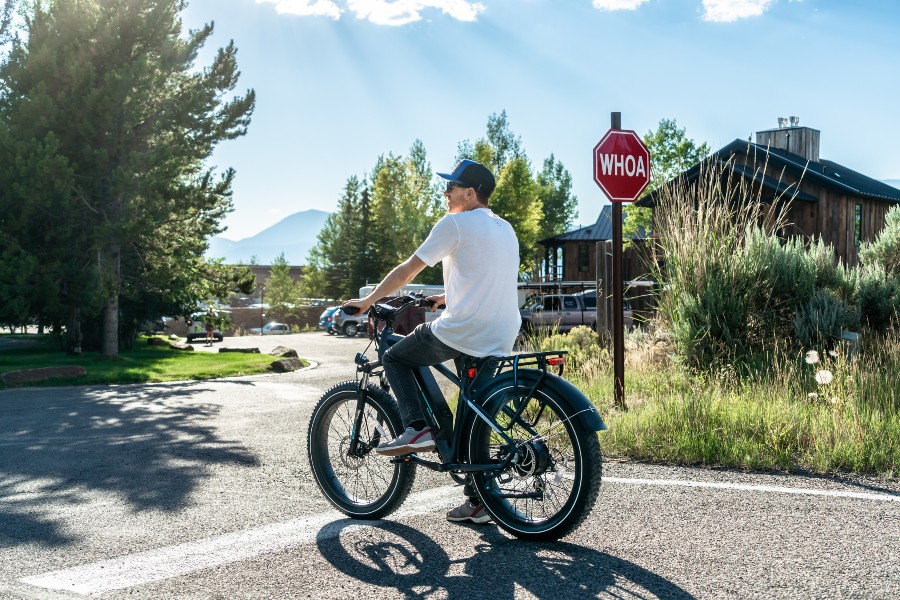 Things You Wish to know When You Start Ebike Commuting 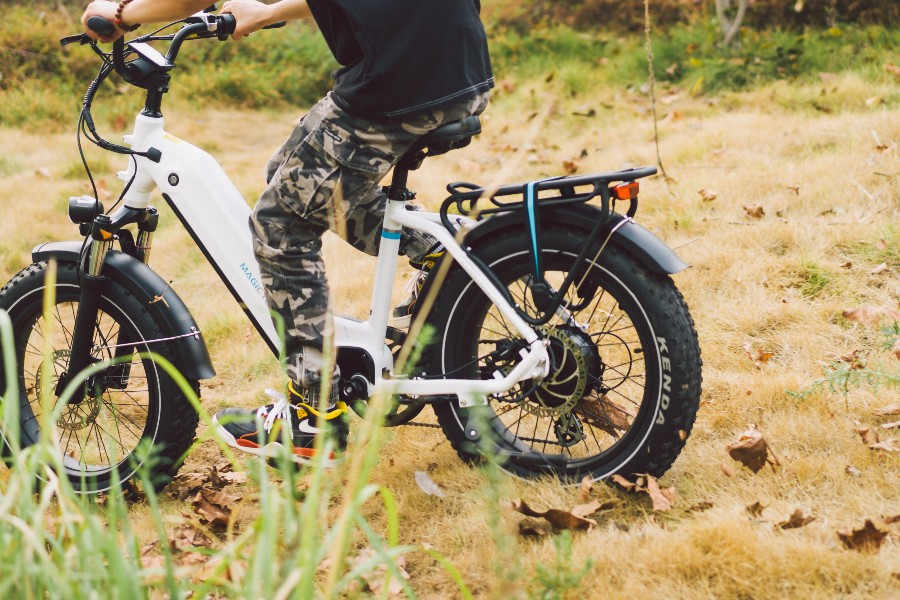 Beginner Mistakes Not to Make While Riding Your Electric Mountain Bikes 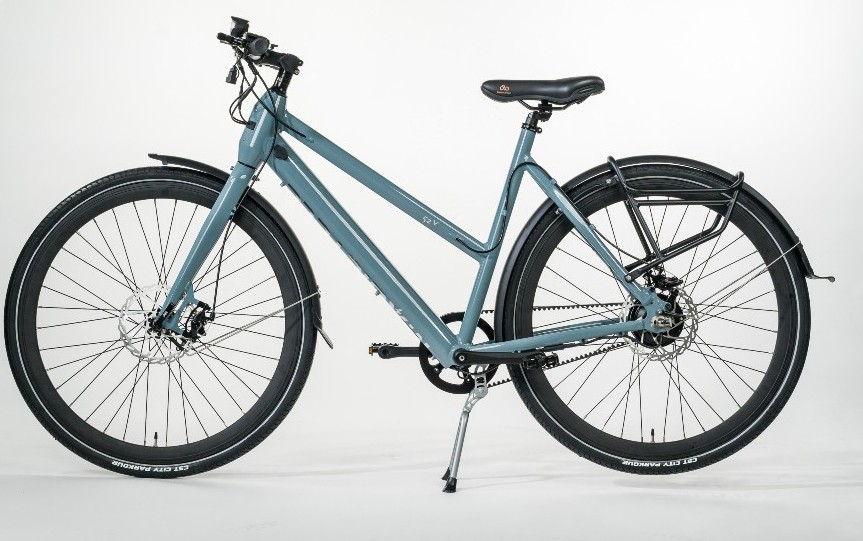 Belt-Driven Ebikes - How a belt Is Better than a Chain? 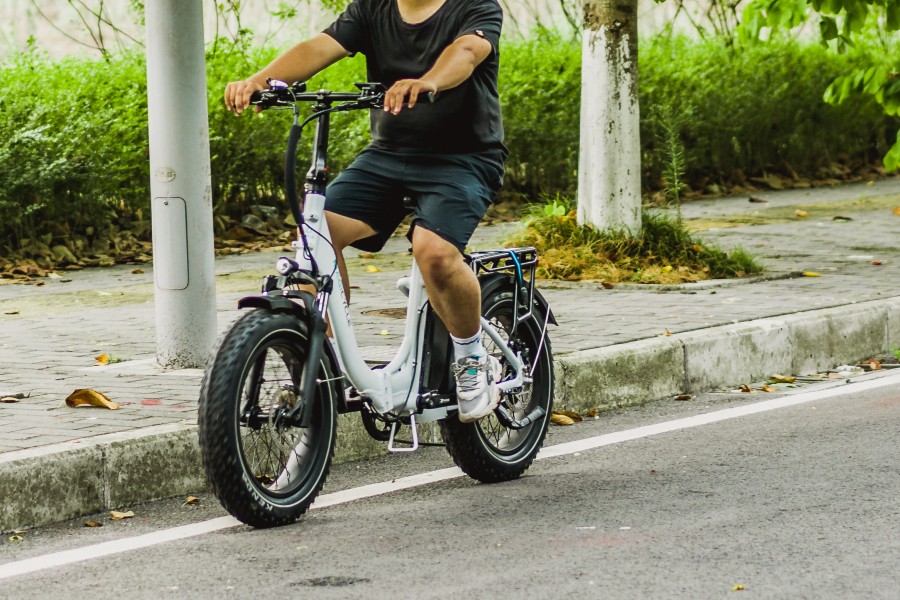 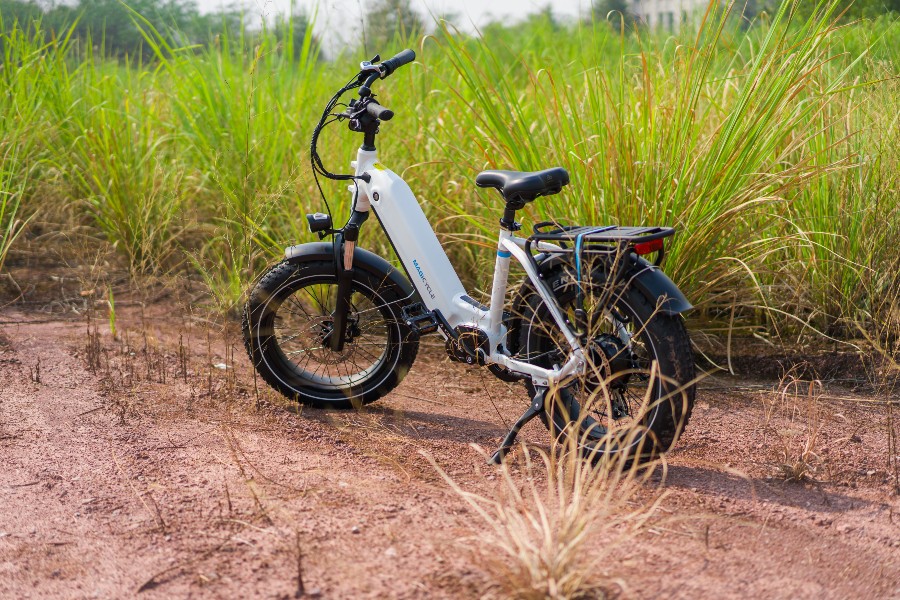 Ebike Rides in Winter - How Can We Prepare for This? 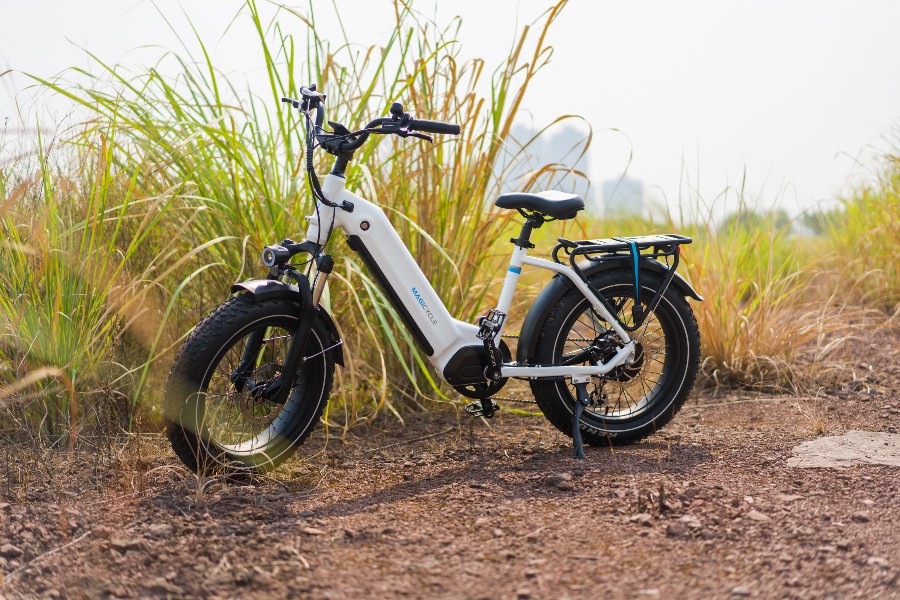 7 Tips for Maximizing Your Ebike Range 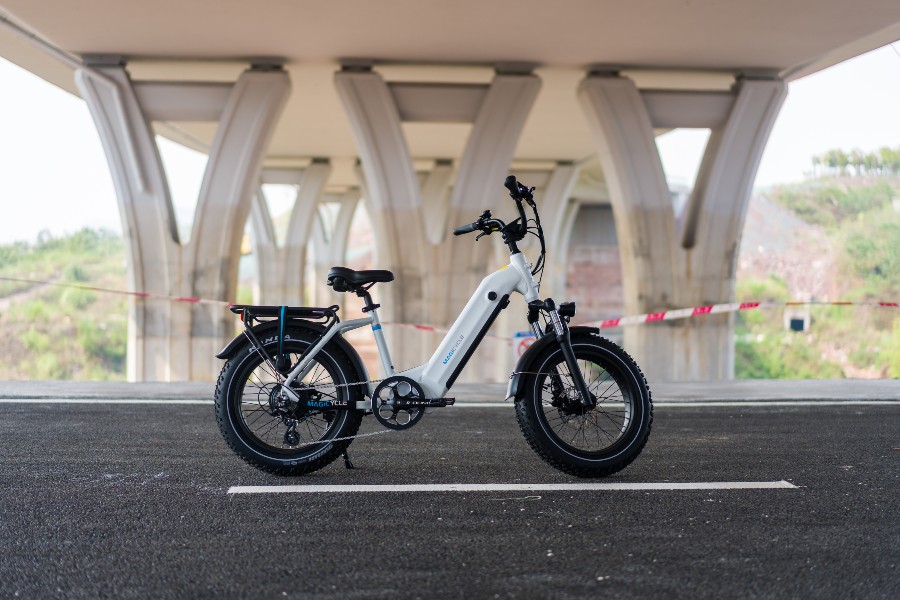 Best Ebike Motor: Which Type Is for You? 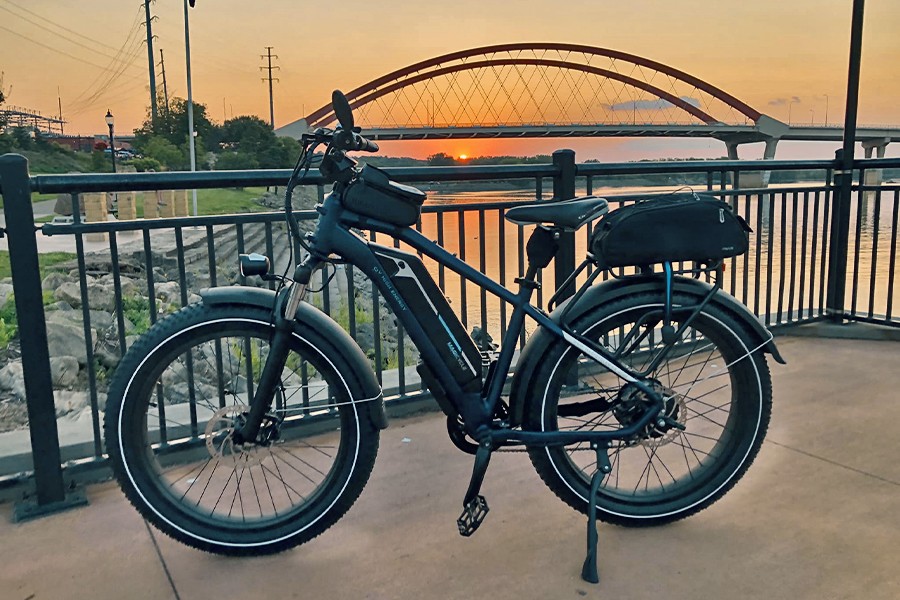